The title of this post is potentially misleading, but then again, is it?

A few weeks ago, I allowed an individual who I had never met a day in my life, complete access to my conscious and subconscious mind. Allowed. So yes, the title is misleading, but once again I find the spells contained within the English language very interesting.

I remember watching the Sopranos, a programme about an Italian mob boss who decided to go and see a therapist. His associates thought he was crazy ‘why Tony wanna go see one of those?!’ It was something that was frowned upon, but then again, being a part of an organisation where ‘talking’ would have you and your family whacked, I can see the dilemma. You’re not supposed to talk about the ‘life’.

Through my experience, in West Indian/Caribbean culture, I think the same is true. I’m wondering if it dates back to our ancestors being subjugated to slavery; where we couldn’t speak, and even if we did speak, nobody would listen. So we just had to get on with the reality of our lives, and deal with our unending traumas in a stoic fashion. In my family and other West Indian families I have come across, there is almost a tradition of secrecy, of suffering in silence. You get little tiny bits of information, but never the whole story. There are rumours and speculation but no transparency.

In my family, I feel that there are a lot of us who have gone through some seriously traumatic times and have either been made to keep quiet or have made a choice to stay silent, perhaps in order to protect the children of the family? I mean, for example, if gran and mum have a serious disagreement that throws their relationship into turmoil, and the children then find out – that could potentially alter the perception that the children have about their gran. This could make them feel like they have to pick sides, so in order to protect the relationship between her mum and her children – mum is forced to smile for the camera and suffer in silence.

And that’s fine on the conscious level perhaps; you’re doing what you need to do in order to protect the harmony of your household. But, subconsciously I believe this could be of detriment to everybody involved. How long must people suffer in silence before the silence starts to have an ill effect on their mental health, physical health and spiritual health? We hear, all too-often about people who suffered in silence for far too long, to the point where it became so unbearable that suicide seemed like the only option.

Have you ever had an issue with somebody that was boiling up over a period of time, seen them and just exploded with the unresolved tension within? That feeling of release; of being heard – you actually said how you feel. Sometimes the other person might not even know you felt some type of way about them, but now that you’ve expressed that emotion it gives them an opportunity to hopefully communicate with you about the situation and some resolution can be attained just by keeping it real. Better relationships can actually manifest after the releasing of suppressed thought.

I have seen first-hand the effects of not communicating in my family and how that has separated us. How people have unresolved issues that they may well take to their graves and how the problems of the elders have been passed down to the youngest, as almost a rites of passage. This is not to place blame, but just the reality I see.

With my child soon to be born, I had certain fears and anxieties come up, which I hadn’t had before. I started to worry about being a good father. I never had a father so how will I know what to do? The father I had was violent and abusive, will I be like that? Insecurities which to my conscious mind didn’t exist, all of a sudden started popping up from my subconscious and it actually made perfect sense to me.

I mean here we are, about to give birth to this precious soul whose life is completely in our hands, it’s natural that fears would arise. It made me wonder if there was anything else tucked under the carpet of my subconscious; through my own experiences in life, from those of my family and from the experiences of my ancestors as that too, is a real thing. The same way you may share the same nose as a great great great ancestor who you have never met, is the same way you can suffer trauma with which you have never experienced, passed down from generation to generation. It was this idea of generational ‘karma’ or epigenetics; of being aware of the issues within my family and not wanting to pass those down to my own son, which led me to introduce Myself to my Shadow Self… 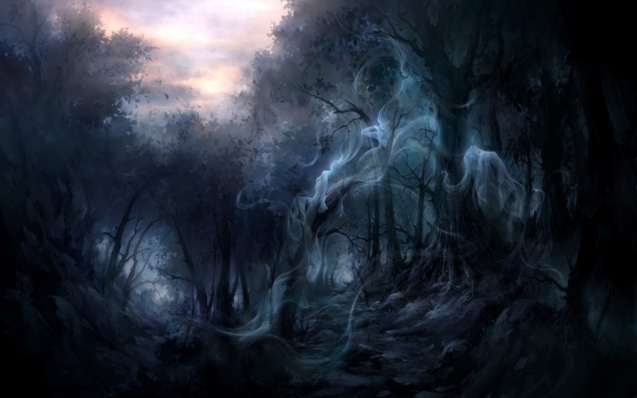 I found my therapist online. She was local, very experienced and very qualified. I spoke to her on the phone – she asked me why I wanted therapy and I explained that I was becoming a father and wanted to deal with any potential issues I may have tucked away, so that I could at least try not pass them down to my son.

My first session was very interesting. She started off asking me about my family, about Jasmine. I felt relaxed as I opened up about my life. I think in my mind, I had thought that I would agree with everything that she had to say – but I didn’t. Not that I didn’t necessarily agree, but I didn’t understand some of the behaviours she suggested I was displaying.

As an example, she suggested to me that I think about things in hindsight. When she said that I was like ‘what the f*** does that mean’ and had to get her to explain. She said I do things and then think about them. At first that didn’t make sense to me. But upon reflection I realised that perhaps there was something in that which I could explore. She listened, interjected and gave her expert opinion. Which I valued and was open to considering the accuracy with which she was able to analyse the information I was giving her.

Without going into the specific details of my first session, I think the main thing I took away was the idea of trauma. As I was talking about my past experiences, I found myself laughing about certain things and she would then label these same things as ‘trauma.’ It made me realise that a lot of things which we laugh about are actually really traumatic. We just use laughter as a coping mechanism to get through, like we do with other mental tools such as applying logic and reasoning. But those things don’t actually deal with the trauma we have suffered. In order to deal with the trauma we have to face it. In order to deal with the negative aspects of our personality we have to turn inward and face our shadow selves, or as the therapist said ‘the demons in our head’.

She also shared something which I found to be quite profound, she told me that in her 20 years of practicing, I was the second black man she had seen. Whilst I was surprised, at the same time, I wasn’t at all. This made me realise that it is so important for we as black men to make sure we are taking care of our mental health. It actually inspired me to write and share this blog with the hopes that it could in-turn inspire someone else to take the time and money to invest in themselves.

After my session she told me to take it easy and relax as I may become emotional later on in the day. The Alpha Male in me said ‘yeah right’, but sure enough, later on that day, I felt emotional and extremely tired, but proud of myself at the same time. Proud, because I knew that this would benefit my son.

At £60 for 50 mins it’s not cheap and the cost did have me initially consider if I wanted to do it (you can also get therapy for free through your GP or self referral). But then I had to think, £160 for Jordan’s, £300 on clothes, surely I can spare a little change every month to go and get my mind right?! And so I did.

I think we could all use a bit of therapy…
– JayCee

I’m Jasmine Reinah and welcome to my blog! You could have chosen to be anywhere else in the world but for this moment you chose to be here, and for that I am grateful. They say your vibe attracts your tribe, so this blog is for all my kinfolk, wokefolk and in-between folk!